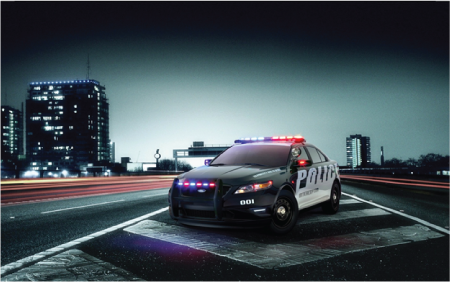 Suburban police officers dealing with an increase in mental health and substance abuse calls are not equipped to handle such crises, experts say. That’s why social workers at police departments are essential to helping bridge the gap between law enforcement and the myriad human problems they encounter. Yet, few suburban police departments have them, and the shortage is especially pronounced in the Fox Valley area.

From more than 85 towns examined, only 33 suburban police departments have a social worker on staff, according to the Association of Police Social Workers. The number of such workers ranges from one to five.

“There is definitely a need in Kane and McHenry counties,” she added. “You need to work as a team with other social workers or even your local law enforcement agency … (be a) bridge between local law enforcement and the court system making sure that our victims don’t get lost. A lot of times people don’t know we exist.”

Sue Blechschmidt, a Lake in the Hills police social worker for 23 years, is the only one in McHenry County. She sees her job as essential to good police work.

“It really assists the officers in being able to do their jobs because there’s so much of what they have to deal with on the streets,” she said. “Their short interface with the calls and with the people isn’t always enough. They have other pressing matters to get to.”

Officers give victims the basic information and resources, but can’t follow up in their time of crisis, she added.

Handling victims well is key to preventing “the kinds of tragedies we are seeing in other police departments across the nation where they are mistreating people,” she said. “Because we have practiced community-oriented policing and done prevention programs and nurtured relationships in the community, that is impactful. It has helped police officers understand the community and be more humane.”

Smaller police departments that can’t afford to hire their own social workers often contract out for crisis counseling services.

The nonprofit Association for Individual Development in Elgin provides victim services to police and fire departments in Aurora, North Aurora, Batavia, Geneva, Huntley, St. Charles and Lombard. The agency staffs a 24/7 crisis hotline for the Fox Valley area year-round and has a 30-minute response window, except in Lombard and Huntley.

“We use experts in the field, different agencies that deal with specific problems,” said Joanne Furnas, AID’s vice president of behavioral health services, who runs the crisis intervention team. “We do trainings about mental illness, stress management, suicide prevention intervention, and then we also offer debriefings for police and fire departments. There are very few calls that don’t involve mental illness.”

In Lake County, where there aren’t any police social workers, law enforcement and social service agencies work together when responding to any domestic situation involving violence.

“Mental health is a big thing that the sheriff’s office is really leading the charge on as far as our deputies being trained on crisis intervention,” said Lake County Sheriff’s Det. Christopher Covelli. “Our primary function when we respond to one of these incidences is stabilizing the environment and ensuring everybody’s safety.”

Authorities partner with social service agencies such as A Safe Place in Mundelein, OMNI Youth Services in Buffalo Grove and Nicasa behavioral health services, which provide necessary intervention and counseling for victims.

With the increasing diversity of the suburbs, there also is a growing need for bilingual and multilingual social workers and those able to work with different cultures.

“It’s incredibly important,” said Natalia Mercado, a social worker Rolling Meadows hired to help with the town’s growing Latino population. “Lots of police departments don’t have bilingual social workers. There is a humongous need for people that speak more of the Asian languages. That’s where the assistance of other agencies/nonprofits comes in. There’s no way I can do this completely alone.”

Mercado said she fields roughly 150 calls per week matching people with resources in the community.

“I can’t do the therapy,” she said. “Social services is a more intense thing. You have to spend more time with people. It’s not just having an interpreter. It’s building a relationship and connecting.”