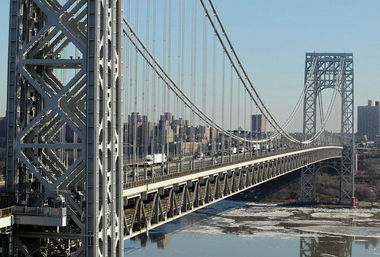 Officers responded around 6:30 a.m. and found the man climbing the wall, over the south walkway of the bridge, according to police spokesman Joe Pentangelo. Police believe the man was possibly suicidal.

There were no injuries, the spokesman said.